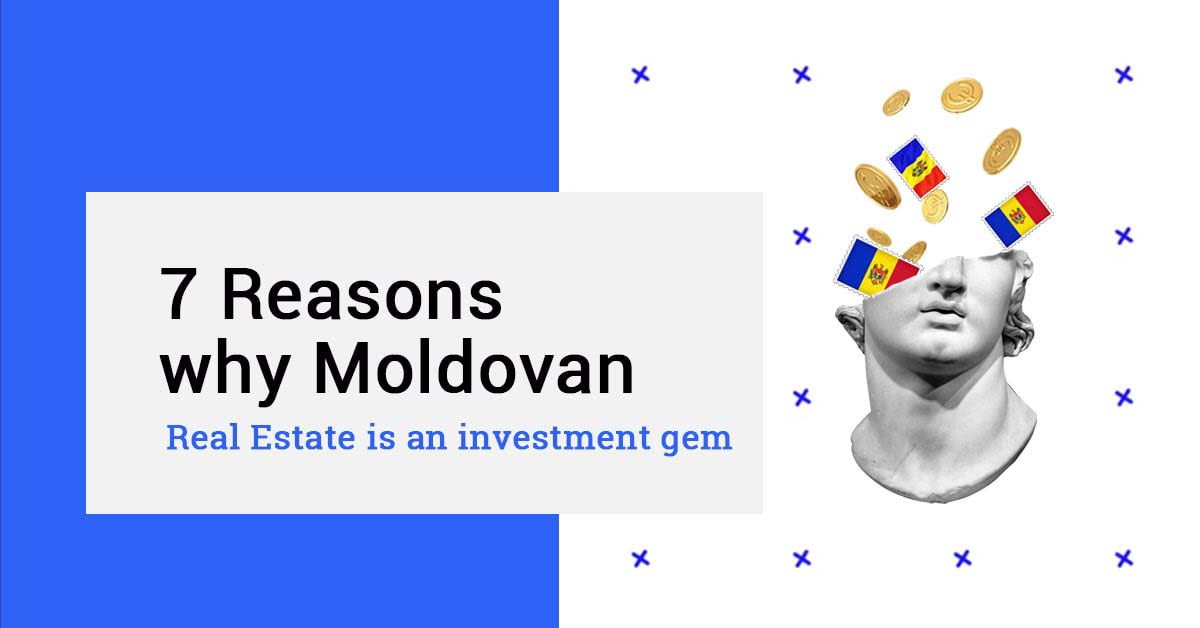 Moldova has gained independence from the Soviet Union in 1991 and ever since have been oriented pro-Russia in its foreign policy decisions. Russia, however, has lost its strategic appeal to the Republic of Moldova after the imposition of economic sanctions. As a consequence, the Moldovan government decided to “look West” and to adopt more market-friendly reforms. As evidence of that in 2019 in nation-wide elections the communist party for the first time since 1991 was left out from entering the parliament.

2. Association with the European Union

Besides that, Moldova have signed the Association Agreement with the EU in 2014. The agreement has come into force in 2016 and established a “Deep and Comprehensive Free Trade Area” (DCFTA) which offers zero-levy export for agricultural products. This is important for Moldova, where more than 30% of the total population are employed in the agricultural sector.

The association with the EU is facilitating strengthening the rule of law and democratic standards in the Republic of Moldova. The European Union is assisting Moldova in the fight against corruption, which is one of the core political problems, by financing special anti-corruption programs. Besides, the EU supports the job creation and development of the regions in the Republic of Moldova.1

The GDP growth of the Moldovan economy has been remarkable, one of the highest rates in Europe- over 4% in 2016-2018. In 2019 the GDP has grown by 3.6%. The global pandemic, of course, has affected the expected GDP figures, just like all over the world. Pre-pandemic 2020 Moldovan GDP was expected to grow at a 3.8% rate, however, due to the crisis, the baseline GDP estimates have lowered. Let’s see what eventually the figures will show, but hopefully, the world economy will be able to bounce back.

The average price per sqm in Chisinau is very low when comparing to any other capital on the European continent. The construction costs are higher than this in the majority of countries. The price per square meter was only Eur 533 during its peak in July 2019.

Due to global shock caused by the pandemic the price per square meter has fallen to Eur 506. Many local real estate experts think that the price will not decline further dramatically, as this is a logical course of events to the temporary closure of the economy, leading to lower activity in the real estate sector as well. Housing Affordability Index (ratio of price of the property and income) tells us that buying a home in Chisinau is more affordable than in any European country. This will too have a positive effect on the property prices.

The crisis that has been caused by the outbreak of COVID-19 has harmed the economic growth, however, there are some positive sides too. One of the pains of Moldova is the emigration of working-age citizens. According to the population survey conducted in 2019, the population in Moldova was 2.68 million people, a decline of 6.6% since the previous survey in 2014. The working immigrants are earning for their families abroad and sending money back to Moldova. In 2019 the repatriated funds by working citizens abroad have amounted to $1.2 Billion.
The global pandemic has brought home many working immigrants, who eventually might want to stay in Moldova. Moreover, all the earned money abroad is brought and will be spent in Moldova. Reimmigration will boost the demand for homes and will be positive for the investors in the real estate sector.

Overall Moldova was losing the working-age population due to their immigration abroad. The capital Chisinau, on the other hand, always benefited from internal migration which has supported the demand for new homes. In 2019 there were 22,187 home sales in Chisinau (a 40% increase from the previous year). In 2019 the construction of the residential homes has increased by 63%, when comparing to 2018. Moreover, in 2019 the approved mortgages increased by 25% to 10,385, comparing to 8,255 the year earlier. Commercial real estate is in demand too. Mainly driven by foreign companies, which acquired around 35% of the available commercial office space in 2017-2018.

The government program “Prima Casa”, which literally translates as “First House” is helping employed citizens who reached 18 years old to buy their first home, financing the initial deposit required when getting a mortgage. Overall the government has already contributed Eur 112 million as part of the program helping 4,296 households. The good news for the real estate sector is that on the 21st of May 2020 the government has increased the upper age limit for qualified customers from 45 to 50 years old.

The effects of such financial assistance programs mirror in the increasing prices for the real estate, so don’t lose your investment chances while the prices are still low. In Latvia, a similar program has been launched in 2015. As a result, property prices have increased, especially in the capital during the first three years of the program existence.

Effects of the COVID-19

The Moldovan Prime Minister has decided to reopen the economy, because “Moldova has no other choice”.

Despite of that, the real estate sector expects to suffer less than other sectors of the economy since the construction sites didn’t stop their work. Economic experts don’t expect a substantial decline in prices, as Moldova real estate development companies can afford to wait until home-buyers feel comfortable buying the property again.

The expansion of the age bracket of the qualified citizens for the government program helping the first house “Prima Casa” will have a positive effect on the demand side.

Why invest in Moldova right now?

Moldova is strategically placed linking large geopolitical blocs such as CIS (Commonwealth Independent States), Europe, and the Middle East. With the help of the European Union, the Republic of Moldova is adopting the policies aiming at modernization of the economy, as well as fighting corruption and strengthening the rule of law.

Thanks to the adopted measures the economy of the republic was growing at a fast pace, which has interrupted because of the global pandemic. The real estate sector, on the other hand, will see fewer negative effects, so investing in modern buildings in the capital is a great addition to the portfolio. Moldova real estate investment projects listed on the Reinvest24 will not only bring you the diversification but also will increase your overall return since we are offering a 15% yield.

Investing is risky, especially in unknown territory. However, as we have shown you in 7 points, real estate in Moldova is especially attractive right now as we think it is undervalued. Of course, the changing economic and political picture, “spiced up” with the global crisis is making it too adventurous to buy the whole property in Moldova. However, contributing a smaller amount and buying a share with the help of a crowdlending platform is definitely an opportunity not to be missed.