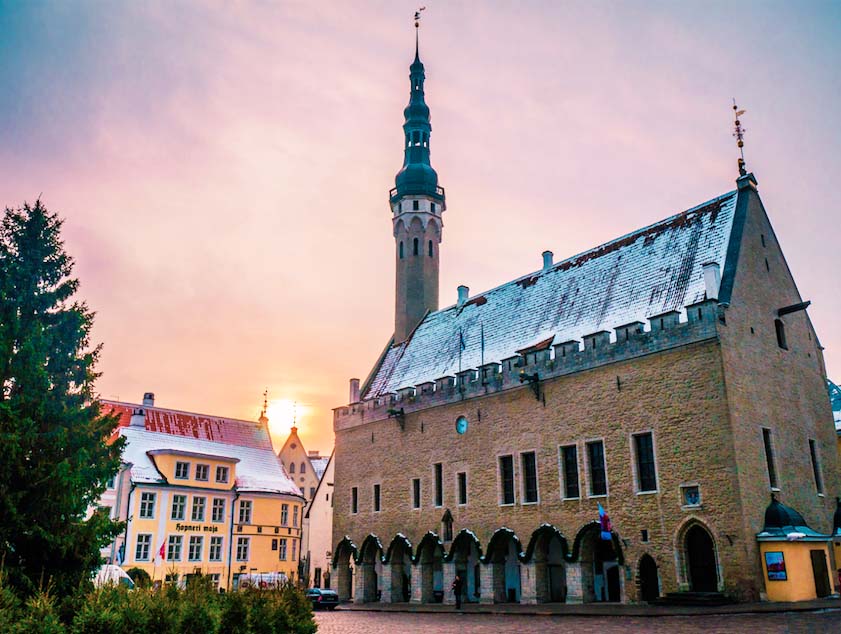 Estonia, Latvia and Lithuania have received the appellation of ‘Baltic Tigers’ for good reason. When it comes to Estonia, for example, the country has been flourishing since its independence from the Soviet Union in 1991. Today, Estonia ranks 3rd in the European region when it comes to economic freedom. Estonia’s focus on the IT sector and startup world contributed to the high-income economy that is currently among the fastest-growing in the EU.

Why is the economy in the Baltic states so solid?

Almost every industry has flourished over the last few years. Salaries are growing, and so do the prices. In Estonia, housing prices keep increasing along with purchasing power. Overall, the Baltic region’s House Affordability Index (HAI) has increased. It means that more and more people can afford to buy a home for themselves. The HAI for each Baltic capital in the third quarter of 2018 was 134.3 for Vilnius, 186.0 for Riga, and 154.3 for Tallinn (a 5.8 point increase compared to 2017).

Furthermore, when it comes to Estonia, a study by Swedbank highlighted how ‘rapid wage growth outweighed growing apartment prices and interest rates.’ All this talk about HAI increases is good news for the Baltic states since it indicates that the Baltic economy is well alive and developing. The demand for rental properties also increased with the influx of foreigners travelling, relocating and investing in the Baltic states.

Estonia has been hitting headlines when it comes to startups, especially tech startups. Companies like TransferWise and Taxify have been transforming the world for a while, but more innovative companies are on the rise. It was a record-breaking year for Estonian startup investments in 2018. Merely six months into the year, the investments were only 30 million euros short from the total investments made in 2017.

The increasing international investments into Estonian startups, especially tech startups, has greatly contributed to the growing economy in the Baltic states. International investors keep finding new opportunities in the Baltic Tigers. And the recognition received from the media is encouraging more and more people to trust Baltic businesses offering innovative solutions.

The Baltic economy has a good balance

According to a Baltic States real-estate market research by Swedbank, ‘Annual average net wage growth in the Baltic capitals remained rapid in the third quarter of 2018’ with salaries increasing close to 10% in Tallinn and Vilnius, and 8-9% in Riga. With the entire Baltic region’s increased salaries, it seems logical to conclude that property prices will also keep growing. On the other hand, the growth in salaries has also stimulated consumption, which in turn stimulates inflation.

Whereas the dangers of inflation can set into a panic, one of the best ways to fight against inflation still lies in property investments. Putting your money to work for you by investing properties is far better than keeping it in a low-interest savings account. Considering the positive outlook of the Baltics states, we are confident that Reinvest24 investment properties are a great way to increase your long-term wealth. Besides, the monthly rental yield and capital growth is a great addition to your sustainable investment portfolio.

Economic growth in the Baltic region has accelerated to 4.2% YOY

There has been a strong demand for intermediate goods and services in the domestic production. Additionally in Estonia, private consumption has accelerated in 2018 due to the rapid wage growth and income tax reforms. In the third quarter, household consumption increased by 4% in real terms. Furthermore, the Baltic region’s investments have also increased by 4%, contributed primarily by improved investments from non-financial corporations. In comparison, the government sector’s investment growth decelerated slightly.

Hence, the robust domestic demand in the region accelerated the growth of imports to 6%, whereas exports grew by only 1% YOY. The Baltic states’ trade balance is still positive, but it has gone down compared to the levels in 2017. Domestic demand is strong. But it’s still less than that of the GDP value, which helps keep Estonian current account balances positive.

In the third quarter of 2018, Estonia’s GDP growth accelerated to 4.2% YOY in real terms. Combined with the previous quarter’s GDP increase of 0.4%, it’s a promising sign that things are looking up. Swedbank conducted another Macro Focus research stating, ‘The Baltic economies will greet the New Year in a balanced state,’ leading us to believe that things will remain steady as we enter the first quarter of 2019.

Invest in real estate in the Baltic states

In conclusion, Reinvest24 is proud to confirm and share exciting news that the economy in the Baltic region is growing and will probably continue to do so. Our real estate investment platform has been providing a total combined return of 14.6%. However, with so many studies pointing towards further economic growth, 2019 feels like a promising year to keep investing in Baltic real estate. Remember, don’t let your money lose its value. Invest in real estate in the Baltic states starting from 100€.